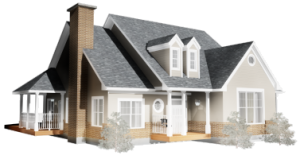 I have found the program to be much more stable than version 2014, 3d is crisper the renders are better. It seems as if false dormer has been improved also. I have only had the new version for a week and already I would not want to go back to version 2014. Thumbs up from me.

Jumped from 2012 to 2016, so my transition has been AMAZING. I am newly converted from my old platform (20+ years and DONE) and will not be going back! Thanks for a great product!

Really loving the new walkthrough feature. I have used it on multiple jobs with tremendous success! My customers love sending the link to the unlisted Youtube video to all their friends showing what they are going to build. So much better than messing with SoftPlan Review 3D's, and easier than creating a bunch of images. The walkthrough function is incredibly easy to use also. I made one this morning that and it only took a few minutes to create the path of travel. After a few minutes of rendering it was done. Super easy! I am finding that it really speeds up the early design process. I don't need to create and email a bunch of images, just simply update the movie.

I love love love the plan set templates. This time saver is huge!

As I create a plan set, I will neatly name and order them (Cover, Front and Rear Elevations, etc) and reference in the correct drawings. I do not use the auto-label feature (yet) but it seems label it exactly as you name the file. This label can also be manually edited.

When loading a plan set from template, it seems to pull in most files, including those that do not match exactly. Wherever there is something missing, there is a dialog that you can change the reference. I thought it to be very intuitive.